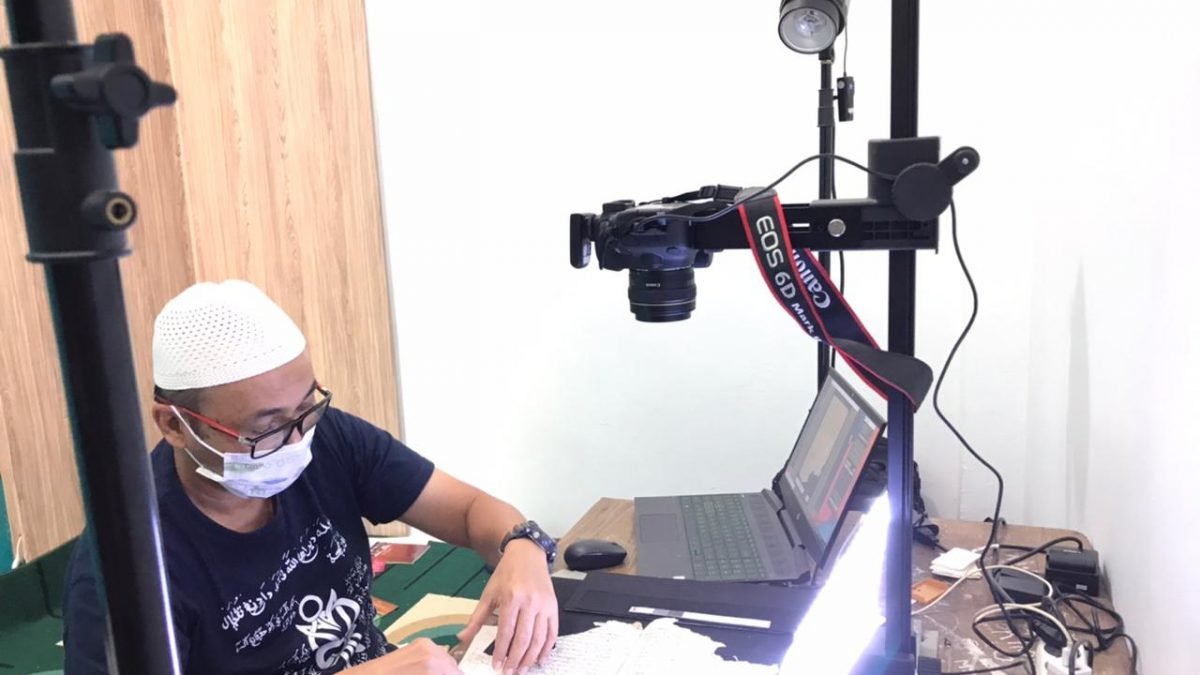 Dreamsea.co – Welcoming the holy month of Ramadhan, the Center for Pesantren Studies (Pusat Studi Pesantren, PSP) of the Islamic Institute Qomaruddin Gresik took the initiative to preserve its Islamic manuscripts by having them digitised. This was done in cooperation with the Digital Repository of Endangered and Affected Manuscripts in Southeast Asia (DREAMSEA) which is executed by the Center for the Study of Islam and Society (Pusat Pengkajian Islam dan Masyarakat (PPIM) UIN Syarif Hidayatullah Jakarta the Centre for the Study of Manuscript Cultures (CSMC) of the University of Hamburg.

The chairman of the PSP, Mohamad Anas, explained that the manuscripts that were digitised were written by ulama from Gresik in East Java since 1740. There are 74 manuscripts and they used to be kept by various descendants of the founder of Pondok Pesantren Qomaruddin in Bungah subdistrict, Gresik Regency. After they have been digitised these manuscripts will constitute the main collection of digital material in the pesantren’s environment.

The manuscripts were digitised from 9 to 17 April 2021 in Gedung Pondok Pesantren Qomaruddin by following the strict health protocol due to the Covid pandemic. Agus Iswanto, DREAMSEA’s academic expert on this mission and his colleagues digitised 5.500 manuscript pages. Agus also helped the pesantren staff by explaining the contents of many of these manuscripts.

The manuscripts in the pesantren’s collection tell of the various literary activities of the institute in the past. The ulama wrote their works in Arabic, Malay and Javanese and in Arabic and Arabic script adapted to the requirements of Malay (Jawi) and Javanese (Pegon). They were written on animal hide, tree bark paper and European paper.

Agus, who is also a researcher at the Balai Litbang Agama Semarang added that the digitised images will be uploaded on DREAMSEA’s database and that in order to avoid the data being misused they cannot be downloaded but only be read online. As owner of the manuscripts, the pesantren will receive digital copies of the images which will help the pesantren to plan the development of its digital library.

Muhammad Nawawi, the Chairman of the Yayasan Pondok Pesantren Qomaruddin, warmly welcomed the initiative to preserve the works of the ulama especially since digitisation will make these works easier accessible to society at large. For this reason he hopes that the results of this program will boost the study of Islam in his pesantren.