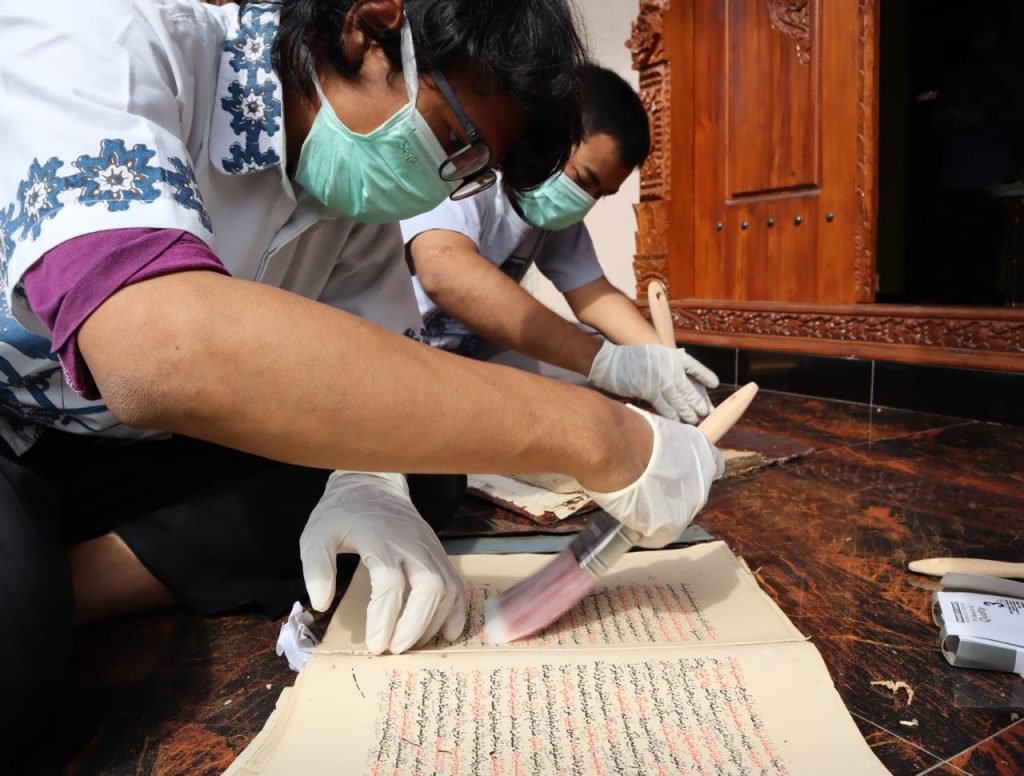 Kuningan, DREAMSEA – The manuscript digitisation mission is still in progress. The DREAMSEA team is currently digitising five manuscript collections in Kuningan, West Java, Indonesia. This mission began on 7 September 2018, members of Masyarakat Pernaskahan Nusantara (Manassa) are very much involved in carrying out the mission that targets to digitise approximately 7,000 pages from 30 bundles of manuscripts.

The collections are kept in three different places in the city of Kuningan; namely Lengkong, Windujanten, and Timbang. In the context of local communities, these places were the centers from where islam was spread in the past. This is evident from the distribution of a number of traditional “Pesantren”, which still keep many manuscripts in their storages. 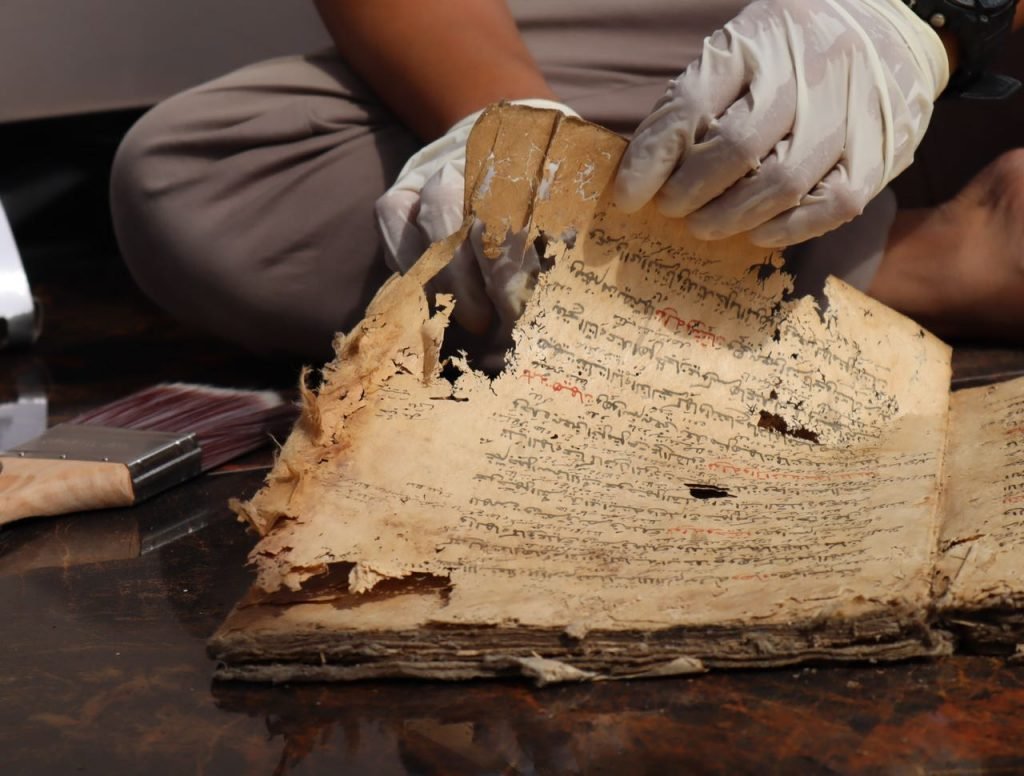 Endangered and Affected Manuscripts in Kuningan

Dr. M. Adib Misbachul Islam, a doctor in Islamic philology, is currently involved as an Academic Expert in this mission. According to him, manuscript experts have failed to include Kuningan in the writing of Sundanese and Javanese history or in the study of Islam, despite the fact of an abundance of historical artefacts in this area, including manuscripts. Therefore, Adib hopes that this digitisation mission will spark new discourses and perspectives for researchers in the future.

“The mission of digitising is to build an infrastructure for further research. This will inspire researchers. So that they can reconstruct and complete the regional historiography,” said Adib.

The digitisation of collections in Kuningan is DREAMSEA’s fourth mission to salvage endangered and affected manuscripts in Southeast Asia. Previously, the missions were carried out in Indonesia (South Sumatra and Buton) and also in Laos (Luang Prabang). These missions are carried out by PPIM UIN Jakarta, CSMC at Hamburg University and the Buddhist Archives in Laos, and are supported by the Arcadia Foundation from London, England. [MNF].