The Ricklefs collection at Leiden University Libraries. Some material features 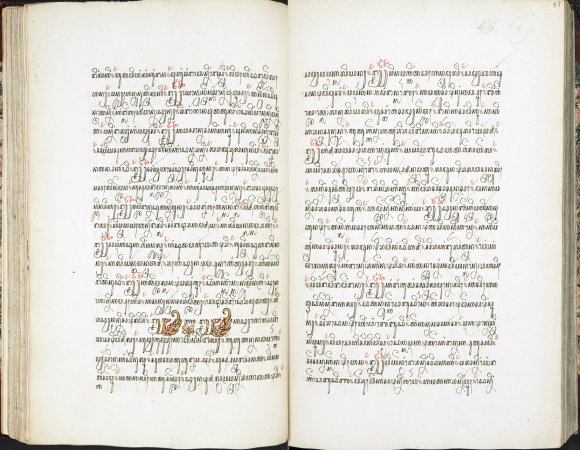 Today’s guest blog, highlighting one of the most important Javanese manuscripts from Yogyakartawhich has just been digitised, is by Dr Dick van der Meij from Hamburg University’s DREAMSEAproject which digitises endangered manuscripts in Southeast Asia.

Javanese texts are generally written in a non-rhyming poetic form called tembang macapat. Within each metre, verses consist of stanzas with a fixed number of lines, a fixed number of syllables per line, and a fixed vowel in the last syllable of each line. There are about 30 different metres, some of which are short and have only four lines per stanza, while others are substantially longer and have as many as ten lines per stanza. Each metre has its own name, with some used more often than others, while some are rarely encountered. [For further information on tembang macapat see Arps 1992 and Van der Meij 2017, Chapter 4 and Appendix 3.]. Read More