Banyuwangi, DREAMSEA – Monday night (18/3). Ten people dressed in black shirts and batik wrap aroundswearing a head cloth (udheng) gathered in the building of the Osing adat community in Banyuwangi, East Java, Indonesia. They were around 60 to 70 years of age but also Ilham and Mala were among them who are  students of the PGRI university in Banyuwangi who were only 18 and 25 years old. They are all members of the Mocoan Reboan and Mocoan Lontar Yusuf Milenial manuscript reading communities.

The members of these communities had come together to welcome DREAMSEA who had come to Banyuwangi with the target to digitise around 5000 pages of manuscripts owned by people in Banyuwangi. The DREAMSEA team is led by A. Ginanjar Sya’ban (team leader) assisted by Wiwin Indiarti (PGRI University, Banyuwangi), Tedi Permadi (Manassa, Nusantara Manuscript Society), and Satrio Widiananto (Paseban Tri Panca Tunggal). 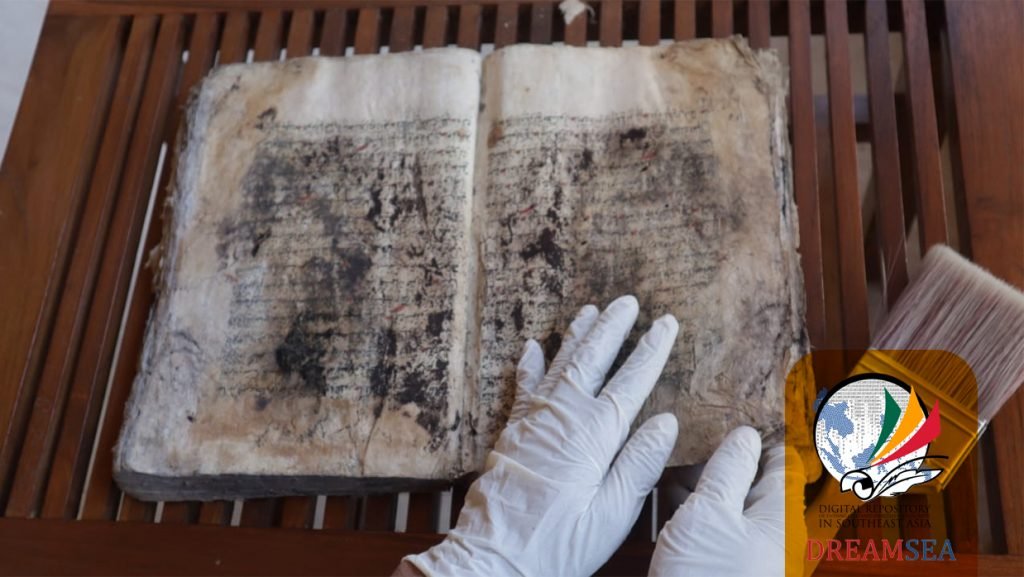 “After having been photographed, the manuscript images will be uploaded on an online database. The manuscript owners will also get the digital versions of their manuscripts while the physical manuscripts will remain with their owners and will be preserved there,” Ginanjar said.

The manuscripts are owned by 11 owners, among them pesantrengroups and farmers. Most manuscripts contain religious lessons but the way the manuscripts from these groups were produced differs. Those from pesantren backgrounds contain core Islamic lessons on theology and Sufism and are written in prose. They were written in Arabic and Javanese by an ulama from Banyuwangi.

“All these manuscripts are the legacy of Kiai Saleh Lateng, one of the founders of the Ansor Nahdlatul Ulama. There are also letters that point to a correspondence between him and ulama from Nusantara residing in Mecca”, said Ayung Notonegoro, one of the manuscript owners who also founded the Pegon Community.

The manuscripts owned by the farmer community tend to contain stories about the prophets and were written in poetic form. They are the LontarYusuf, Serat Anbiya, Lontar Juwarsah, and Lontar Ahmad. Until today, these manuscripts continue to be read in traditional Mocoanreading sessions by the local community. 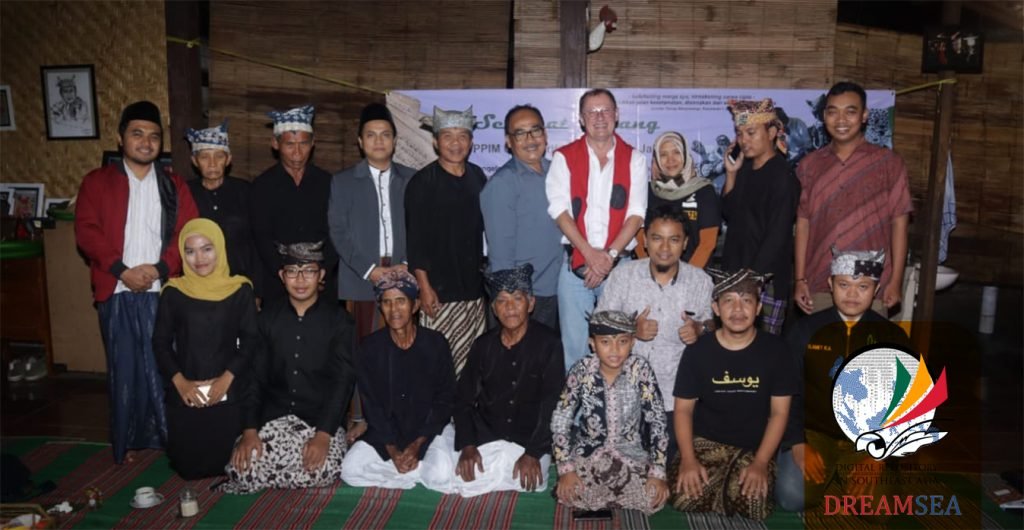 The tradition that has been preserved until today is that of the reading of the Lontar Yusuf. According to Wiwin Indiarti, who is one of the founders of this community, it started with a group of young people who began to join the continuation of this tradition. It is for this reason that she became inspired to create the Mocoan Lontar Yusuf Milenial group of which Ilham and Mala are also members. In the meeting this time, they displayed their LontarYusufreading skills in front of the DREAMSEA team.

“Before the digitisation of the manuscripts starts, we would like to invite the team to say prayers for all the manuscript owners and writers. One of these prayers is the reading of the Lontar Yusuf’, Wiwin explained [MNF]