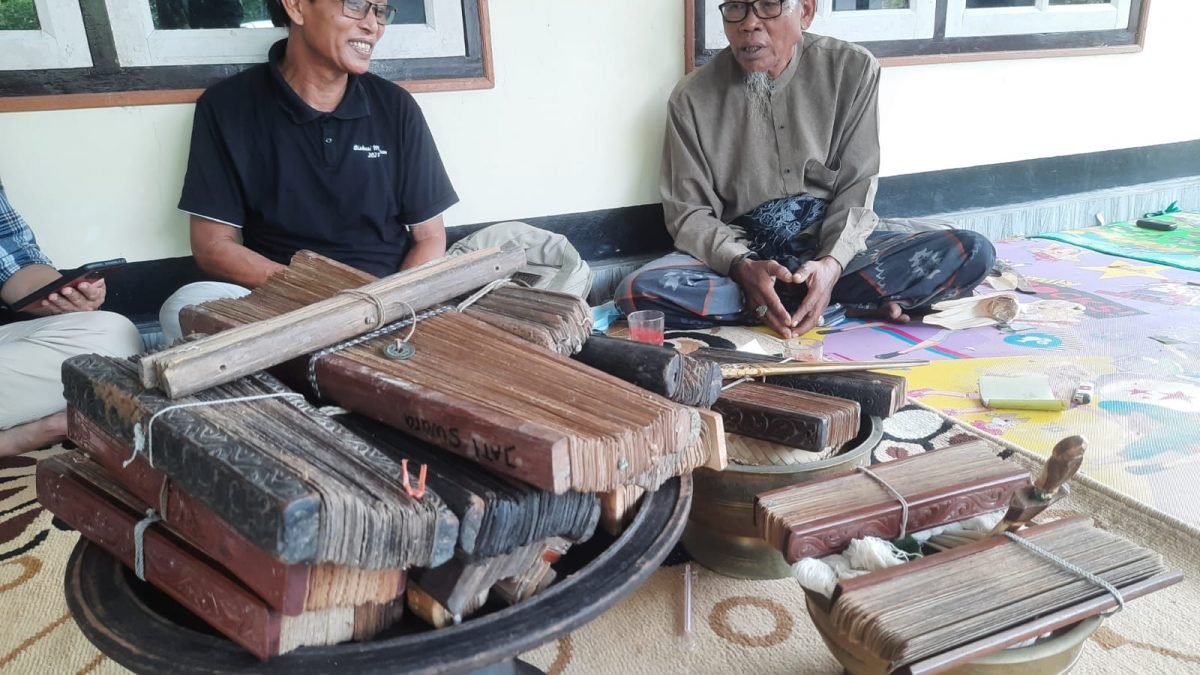 DREAMSEA, Praya – The DREAMSEA manuscript digitisation program has succeeded in preserving 18 manuscripts and producing 1,859 digital images of manuscript pages in the city of Praya, Central Lombok, West Nusatenggara Province, Indonesia. This mission has been carried out from March 4 -11, 2022.

The manuscripts in the collection that were digitised this time are still used in a communal reading tradition called Pepaosan. The texts are written on palm leaves with Javanese and Lombok-Balinese scripts which mostly contain Islamic stories and Sufism teachings.

Jamaludin, the academic expert of DREAMSEA said that the Pepoasan tradition is always held on every major Islamic religious day. “Especially on the night of 27 Rajab, a lot of people came to take part in this Pepaosan,” he said.

The manuscript owner, H. Najamudin said that he felt relieved after being visited by the DREAMSEA team so that the manuscripts could be saved. “Honestly, the members and I feel very relieved to be visited by the team like this. We are motivated, so that later, God willing, we will tell the people again that it is known to scholars,” he said.

This collection in the city of Praya is an important legacy of the literary tradition of the Sasak tribe which is closely related to Islamic teachings. As explained by Jamaludin, “The palm-leaf manuscripts and Pepaosan tradition contain character values. It contains precious values ​​that we may rarely find. There are things here that also don’t contradict the verses of the Qur’an”.