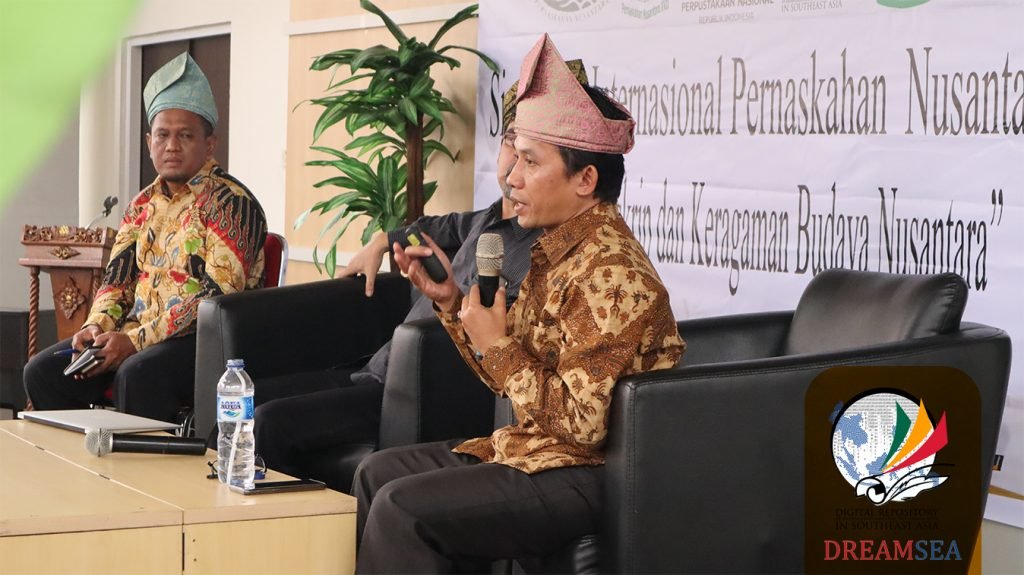 Pekanbaru, DREAMSEA – DREAMSEA Principal Investigator, Prof. Dr. Oman Fathurahman said that even though DREAMSEA focusses on manuscript preservation through digitisation, it also pushes for the study of the values of diversity contained in Southeast Asian manuscripts. That is the reason DREAMSEA fully supports the “Simposium Internasional Pernaskahan Internasional ke-17” (17th International Symposium on Nusantara Manuscripts) organised by the Masyarakat Pernaskahan Nusantara (Manassa) in Pekanbaru, Indonesia, which was held from 26 to 28 November 2018.

“Apart from assisting manuscript owners in their efforts to take care of their manuscript collections, one of the outputs of the programme is to offer a research infrastructure based on Nusantara manuscripts. It is for this reason that DREAMSEA is now developing a digital repository that will later be accessible to the public”, Oman said.

The International Symposium on Manuscripts is a bi-annual routine meeting organised by Manassa, the foremost organisation of Nusantara manuscript experts in Southeast Asia. The 17th meeting was held in Pekanbaru, Riau, Indonesia.

The symposium was attended by more than 200 participants from various backgrounds such as manuscript owners, teachers, researchers, librarians and students. They came to attend 40 presentations about research findings and current manuscript conditions in Nusantara.

The speakers came from Indonesia, Malaysia, England, Italia, Germany, dan the Netherlands. One of the speakers was Dr. Tedi Permadi from Universitas Pendidikan Indonesia. He talked about the experiences he had while participating in the digitising mission of Pangeran Madrais’s manuscript collection in Kuningan, Indonesia that DREAMSEA organised in October 2018. 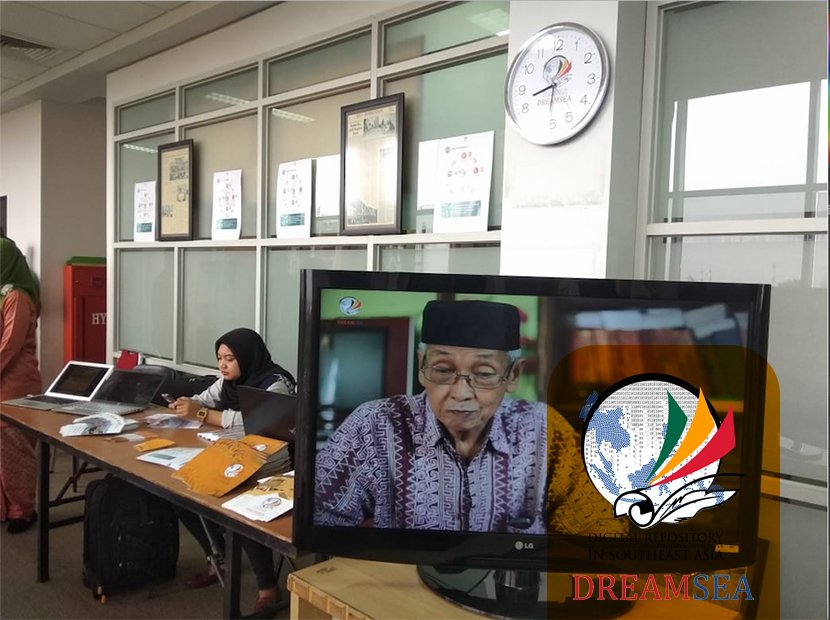 DREAMSEA Booth: DREAMSEA presented some visualisations of the experiences during field missions

DREAMSEA presented a talk, contributed to the program and also enlivened the event with an exhibition of Nusantara manuscripts made available by the symposium organising board. DREAMSEA presented some visualisations of the experiences it encountered during field missions.

“We also prepared a photo booth. To promote the importance of manuscripts, visitors were invited to take photos and upload them on social media by following our Instagram account (@dreamsea_mss) and by using the hashtag #SaveOurManuscripts”, said Ida Rosyidah, the coordinator of the DREAMSEA exhibition.