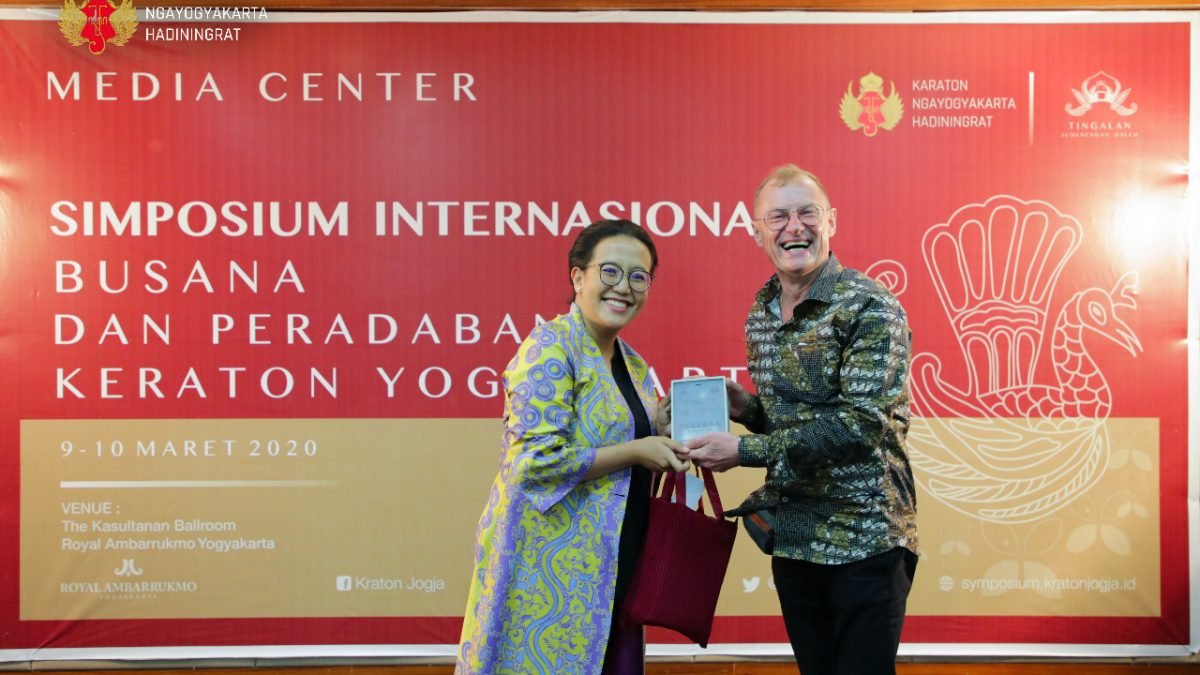 Dr Dick van der Meij, DREAMSEA’s Academic Advisor and Liaison Officer was invited to deliver a lecture during the International Symposium on Royal Attire and Civilization at the Royal Ambarrukmo Hotel in Yogyakarta from 9-10 March 2020. He delivered his lecture entitled “Illustrated Manuscripts from Yogyakarta and the Attire the Figures on the Illustrations Wear” on 9 March.

He presented some of the results and the questions that came up during his philological investigation of the figures and their attire as found in illustrations in a number of manuscripts from Central Java preserved in collections in Berlin and Leiden. At the end of the session he was presented by a souvenir by Princess Gusti Kangjeng Ratu Hayu, one of the Sultan’s daughters.

The symposium was held by the Palace of Yogyakarta at the Royal Ambarrukmo Hotel and was part of a series of events on the 31st annual commemoration of the coronation of Sri Sultan Hamengkubuwono X of Yogyakarta.